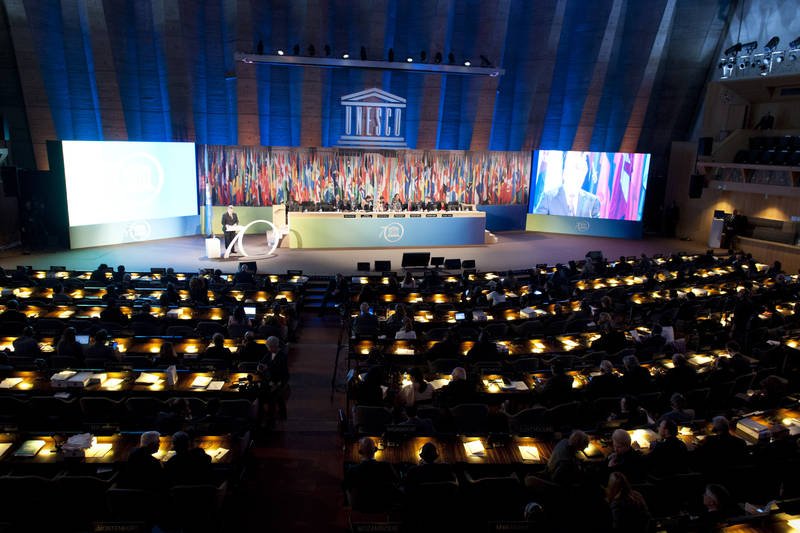 Evolution of the Recommendation on Science and Scientific Researchers

First mentioning of Recommendations on the Status of Scientific Researches

In 1974, the Recommendation on the Status of Scientific Researchers was adopted by UNESCO’s 18th General Conference as a standard-setting instrument. The Recommendation addresses, inter alia, scientists’ freedom of expression, responsible science, and access to science

Since 1974, developments relating to the governance of science and science-society relationship were also addressed, inter alia, by the

In order to reflect contemporary ethical and regulatory challenges relating to the governance of science and the science-society relationship, a thorough revision of the Recommendation was initiated in 2013.

A revised Recommendation was adopted by the General Conference at its 39th session, superseding the 1974 text. Its name is also revised, to become the Recommendation on Science and Scientific Researchers.

The General Conference of UNESCO, when it adopted the new text at its 39th session held in Paris in November 2017, also specifically called for strengthened data collection and reports by Member States focusing on 10 key themes of the Recommendation, and in particular requested government data collection on the conditions of scientists.

58 UNESCO Member States agreed that regulation at the international level should be further considered, and thus put the item “revision of the Recommendation” on the agenda of the UNESCO General Conference, for all 195 Member States to consider.

195 Member States of UNESCO decided that it was necessary to update existing regulation, by means of a revised recommendation to Member States.

They asked that the new text aim “to provide a powerful and relevant statement of science ethics as the basis for science policies that would favour the creation of an institutional order conducive to the realization of Article 27, paragraph 1 of the Universal Declaration of Human Rights”.

They invited the Director-General to prepare such a revision so as to submit a draft to its 39th session in 2017.

Consultations with partners from June 2014 to September 2015

The World Commission on the Ethics of Scientific Knowledge and Technology (COMEST) provides its views in a report called Ethical Perspective on Science Technology and Society.

The UNESCO Secretariat received hundreds of written comments from partners and others, including national and international scientific academies, unions and associations, governments and international organizations, when it called for comments through a direct mail and online campaign.

195 Member States of UNESCO reaffirmed their request that the Director-General should prepare a revised Recommendation despite that financial constraints prevent deepening consultations by convening an intergovernmental meeting dedicated to drafting a revised text.

UNESCO Recommendations, like Conventions, would normally benefit from such an intergovernmental meeting as part of the process for their preparation.

Consultations with Member States from September 2016 to November 2017

Her proposals, revised based on these replies by Member States, are sent to Member States in May 2017, and also submitted to the 39th General Conference.

For the full article go to the UNESCO page and read the documents published over the years.