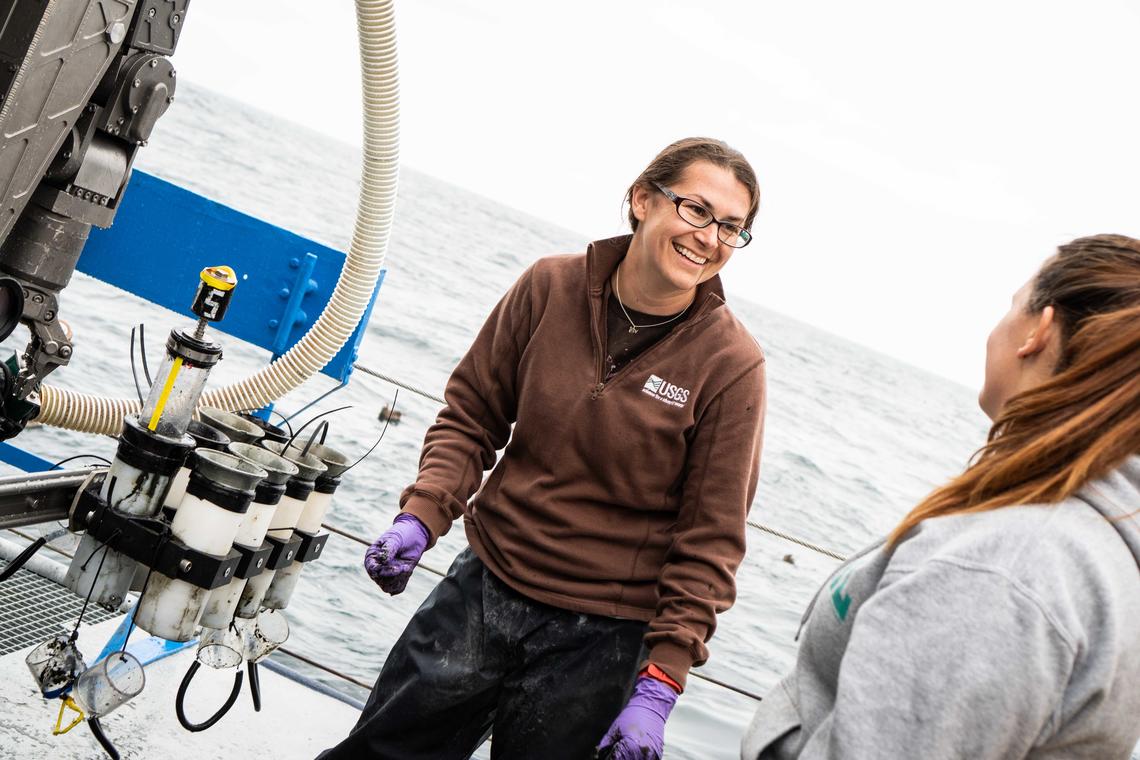 Female scientists have weathered bias, lack of support, and unsafe work environments since the dawn of oceanography.

In 1872, the British Challenger expedition sailed around the globe on a voyage to study and sample the world’s oceans. The expedition is thought to be the first scientific oceanographic cruise.

Of the 243 people on board the Challenger, not one was a woman. Women weren’t allowed on ships, research or otherwise.

The rate of women’s professional involvement in oceanography is sometimes referred to as a “leaky pipeline.” Initially, the flow of young women into the profession is strong but dwindles as they choose to leave for numerous reasons.

But nearly a century before the Challenger, a woman by the name of Jeanne Baret sailed around the world on a scientific expedition of her own. Baret disguised herself as a male assistant on a 1766 voyage led by the French admiral and explorer Louis-Antoine de Bougainville to document plants and ecosystems in distant countries. Baret is the first woman on record to have circumnavigated the globe.

Science, especially science on ships, has a long history of excluding women. And since the beginning, women like Baret have undermined and pushed back against the rules. Women finally secured the ability to participate in scientific cruises in the United States in 1959 and now lead expeditions, research institutions, and federal agencies.

For the 2019 World Oceans Day theme of “Gender and the Ocean,” the United Nations writes that the empowerment of women and girls is “still needed” in all aspects of ocean-related sectors, including marine scientific research.

Women and men enroll in undergraduate and graduate programs in oceanography in equal numbers, according to a 2014 study in Oceanography. (Numbers for gender-nonconforming individuals were not reported.) But only 15% of full or senior faculty positions across 26 U.S. institutions were held by women in 2014. The authors found that women “continue to drop out as they progress along the tenure track,” which they note is similar to other disciplines in science.

LuAnne Thompson, a physical oceanography professor at the University of Washington, said that the field has been trying to fix the leaky pipeline for decades.

“People recognized it was a problem, but they thought of quick fixes,” Thompson said. Initiatives pushed the hiring of more female faculty in the 1990s, she said, but gave little thought to the cultural change needed to support them.